The Effect of Social Media During the Pandemic

August 13, 2021 Youth Comments Off on The Effect of Social Media During the Pandemic

Teenagers During the Pandemic

Are teens and social media a good mix, or does social media use lower teen well-being? This has become one of the more controversial questions regarding social media’s effects on teens, with studies showing varied results, including recent research on the use of social media during the pandemic.

According to a report released in 2021 by Common Sense Media on social media’s effects on teens, about half of the 1,500 young people surveyed said social media is very important for them in order to get support and advice, feel less alone, and express themselves creatively, as well as for staying in touch friends and family while social distancing. And 43 percent said that using social media makes them feel better when they are depressed, stressed, or anxious. Among LGBTQ youth, 52 percent said social media helps them feel better when they are experiencing these difficult emotions.

Is social media part of the reason that teen depression has drastically increased over the last decade? Surveys of US adolescents show that teen depressive symptoms and suicide rates  especially among females. Some researchers theorize that the increase in social media and overall screen use between those years could account for these changes. The adolescents surveyed who spent more time on social media were more likely to report mental health issues. Those who spent more time on unplugged activities, such as in-person social interaction, sports, exercise, homework, and print media, were less likely to report these issues.

The Impact of Social Media on Youth Social Comparison

One way in which social media undermines teen mental health is through negative social comparison—what media psychologist Don Grant, PhD, Newport Director of Outpatient Services, calls “compare and despair.” Teenagers on social media spend much of their time observing the lives and images of their peers. This leads to constant comparisons, which can damage self-esteem and body image, and anxiety among adolescents.

Along with providing ways to seek help and support, social media also provides forums in which teens can encourage each other in unhealthy and dangerous behaviors. Hence, teens with eating disorders or those who self-harm can connect with others to talk about their self-destructive routines. In these online forums, obsessive calorie counting, fasting, or over-exercising are accepted and encouraged. As a result, teens may learn ways to hide or intensify the behavior, putting them at greater risk.

The Effect of Social Media on Teenagers’ Identity Formation

The impact of social media on youth extends to an important part of adolescent development: formation of one’s unique identity. Hence, social media provides a forum for teens to practice skills related to identity development. These include self-presentation and self-disclosure—sharing their opinions, beliefs, and preferences.

Friendship and social skills are additional areas in which the impact of social media on youth is both positive  and negative. In the Pew Research Center report, 81 percent of teens in the survey said social media makes them feel more connected to what’s going on in their friends’ lives. In addition, two-thirds of teens said these platforms make them feel as if they have people who will support them through tough times. 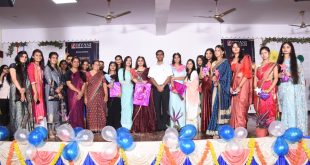